The Economic Impact of Chinese Trade Tensions for Memphis

On September 10, 2018, TN-China Network and the Greater Memphis Chamber hosted a China Business Experts Roundtable to discuss the implications of US-China trade tensions. The wide ranging discussion was attended by over 45 participants, and was held at the Memphis Bioworks auditorium. Panelists covered the economic, political, investment, and security implications both leading up to this year’s mid-term election and in relation to longer-term strategic planning for the changing Sino-American relationship. 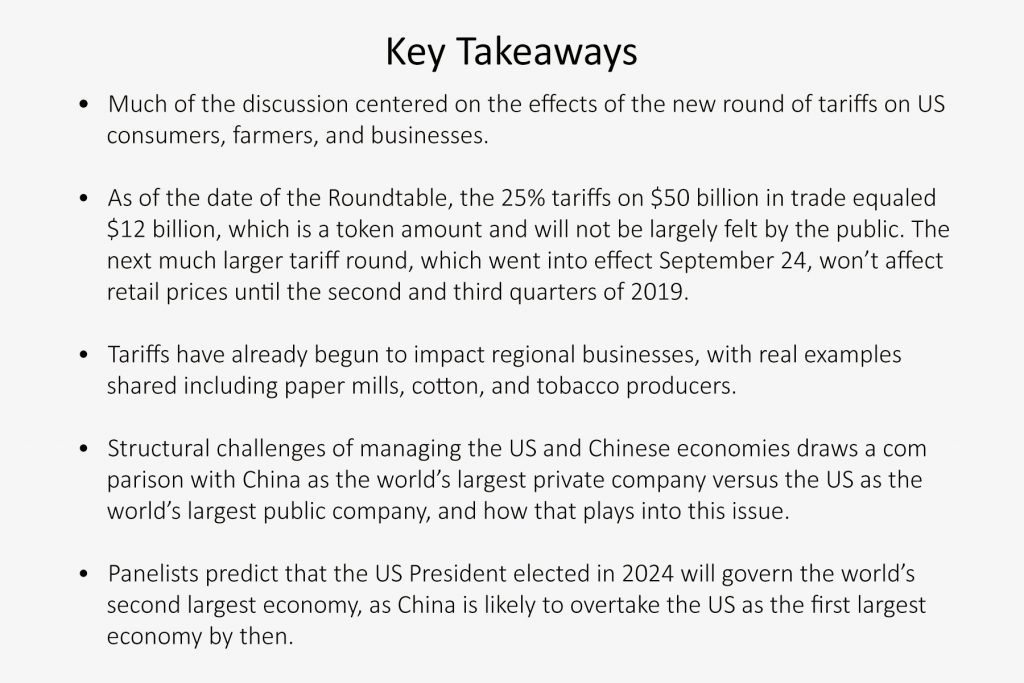 Drury shared that as of the date of the Roundtable, the 25% tariffs on $50 billion in trade equaled $12 billion, which is a token amount and will not be largely felt by the public. He said the next much larger tariff round, which went into effect September 24, won’t affect retail prices until the second and third quarters of 2019. 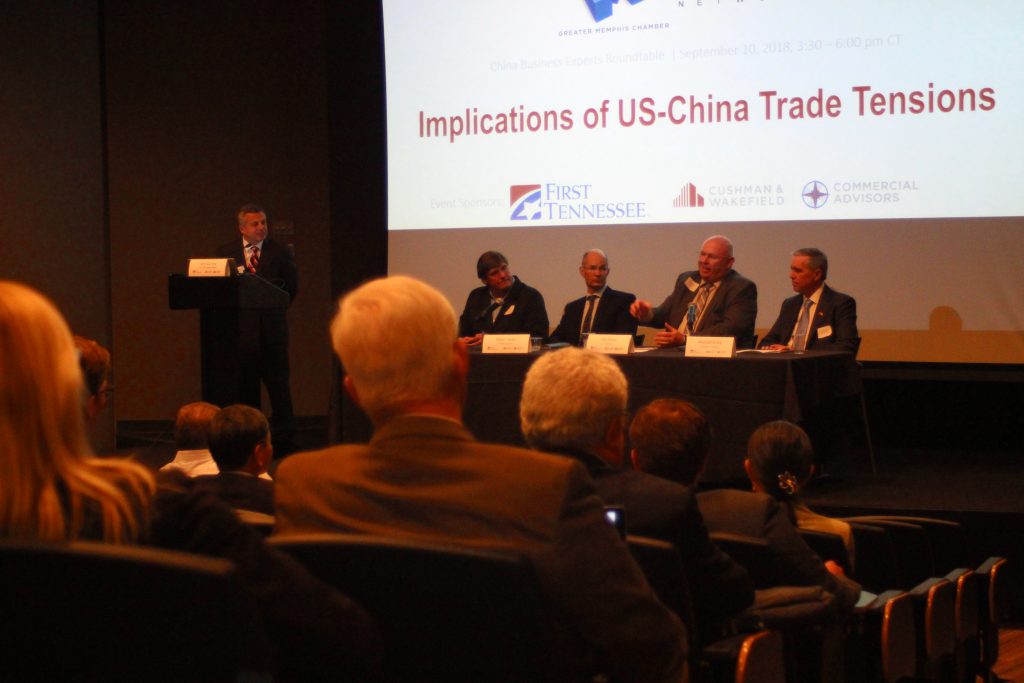 Impacts of the trade war on SunBio’s investment in Arkansas

Dillon shared that SunBio announced several years ago that they would build a new virgin paper mill, though the plans for the mill have changed since the original announcement, causing delays. They currently plan to produce liner board for cardboard; however, the trade war has delayed their timeline further. They are now in the permitting phase, but they have put a hold on purchasing necessary machinery for the plant due to the uncertainty created by the trade war.

Misaligned goals in the trade war

Drury noted that while the US is imposing tariffs to push China to reduce forced tech transfer and subsidies to Chinese companies, China sees such industrial policies as fundamental to its future economic development, and is not likely to change those policies. According to Drury, China is more willing to make non-policy related changes, such as boosting purchases of US agricultural and other products.

The trade war and other US regulatory challenges faced by Chinese tech companies such as Huawei and ZTE have pushed China to put a greater emphasis on diversifying its suppliers of and becoming more self-sufficient in key products, such as agriculture commodities and technology.

It was noted that China recently leased one million hectares of Siberian farmland from Russia to plant soybeans next year. A minimal amount relative to China’s total demand for soybeans, but it is seen as an attempt to diversify supply. 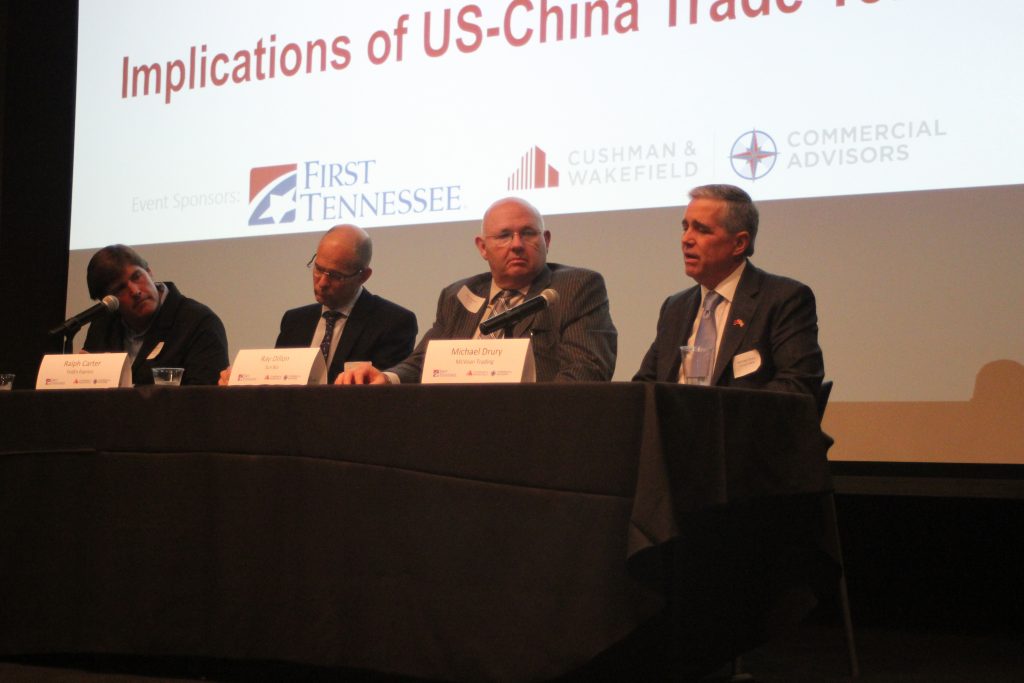 The market in China for American cotton and tobacco

Arthur shared insights on ways that China has adjusted its purchasing as a result of the trade war.

The US is the #1 exporter of cotton globally, dwarfing the next five exporting countries, and China cannot easily diversify supply for its cotton needs. However, in recent years China has built up a cotton reserve of millions of bales, and is now starting to draw down on that reserve.

Estimates suggest that reserve levels are running low and consist of questionable quality. As a result, China will require larger imports in the near future.

It would seem likely that accommodation is made before the next crop year. The current trade conflict has paralyzed the market with uncertainty and prices have dropped dramatically as a result.

Gurney pointed out that China also has been a big importer of US tobacco, but they have more options for diversifying their tobacco suppliers. In addition to a large reserve of tobacco that China can draw down, Brazil is an important alternative source of tobacco from which China can increase purchases during the trade war.

China continues to diversify suppliers and markets in other ways, including the Belt & Road Initiative

It was noted that China recently doubled down on investments in Africa with a recent commitment to invest $60 billion in the continent.

China continues work on its Belt and Road Initiative, and is preparing to construct high-speed rail networks to ship overland freight from China to Portugal in only 6 days.

For US companies trying to adjust to the trade war, they will need to maintain a lot more capital reserves as a shock absorber. This will be more challenging for small- and medium-sized companies.

Jinliang Cai of the Greater Memphis Chamber thanking the panel 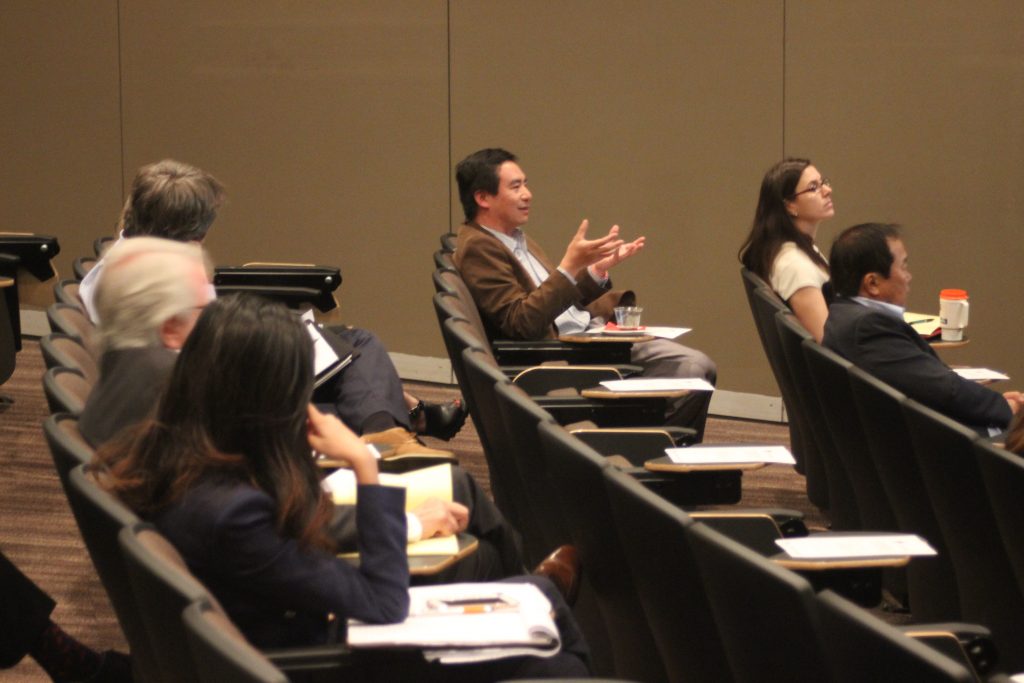 John Chen of Sunshine Enterprise, Inc. asking a question of the panel

Drury offered background on the Chinese economy and predictions for the future.

Following China’s recent efforts at credit deleveraging combined with the trade war, the downturn has been worse than the Chinese government expected. Drury estimated that China’s actual nominal GDP growth (as opposed to the inflated numbers reported by the government) is probably between 3% to 4%.

China continues to stimulate its economy through infrastructure projects, tax cuts, and other means. Efforts to manage the currency in early 2018 artificially appreciated the RMB to prevent capital outflows, but this trend has since been reversed to alleviate pressure on exporters that are hurting due to the trade war.

Drury noted that the Chinese Communist Party (CCP) was trying to time the current long-term economic cycle to peak in 2021 to coincide with the 100th anniversary of the CCP, and he predicts the Chinese government will pile on economic stimulus in 2019.

Drury does not anticipate China having a debt crisis any time soon, however. He predicted that China’s debt-to-GDP ratio will not go down, noting that most of the non-performing loans on the state balance sheet from a decade ago have been reined in to manageable levels.

He explained that the cost of borrowing for China’s long-term debt should be about the same as their GDP growth rate, as is the case with other developed economies; but the interest rates China currently pays on its debt are much lower, meaning that they could carry five-times as much debt than they are now. 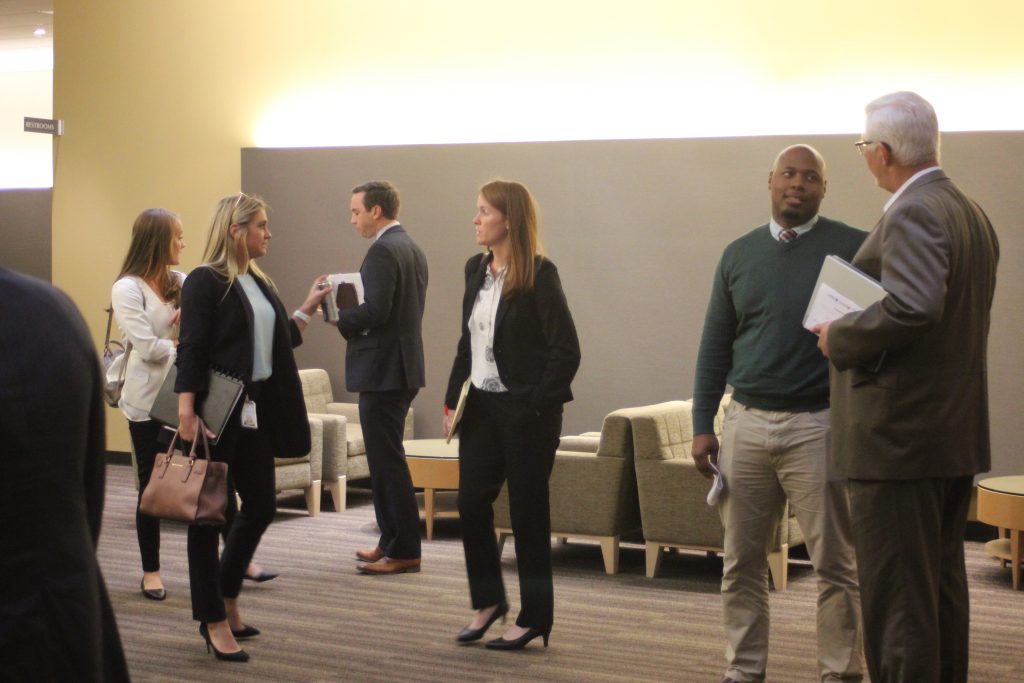 Privately held Chinese debt; structural differences between the US and China

Drury discussed the ongoing divestiture of overseas assets by large Chinese conglomerates under pressure from the central Chinese government, citing recent examples of HNA divesting from Deutsche Bank and Waldorf Astoria soon going up for sale by Anbang Insurance Group.

Like public companies that have to answer to the short-term interests of their shareholders, the US government has to answer to demands of the electorate on the two-year electoral cycle. As a result, the US has difficulty implementing long-term economic strategy.

Meanwhile, China, similar to a private company, has the luxury of being able to think strategically and long-term, because it does not have shareholders or an electorate to answer to on a short-term basis.

Drury predicted that the US President elected in 2024 will govern the world’s second largest economy, as China is likely to overtake the US as the first largest economy by then.

TN-China Network would further like to express its condolences to staff and members of the Greater Memphis Chamber following the death of its CEO Phil Trenary on Thursday, September 27. Our thoughts and wishes are with his family and colleagues.

This article was also published on the Greater Memphis Chamber blog.

Connect with the TN-China Network: