Elizabeth Rowland founded TN-China Network in the fall of 2014 after having worked in government policy, law, and business for nearly a decade in both the US and China.

After serving as a legislative aide in Washington, DC, for a US Congressman from Tennessee, Elizabeth moved to China in 2007 and founded Abella Galleries, an online jewelry company that sourced from China. From 2010 to 2012, Elizabeth joined the American Chamber of Commerce in China (AmCham China) as a policy analyst and editor of the Chamber’s American Business in China White Paper.  As coordinator and later Vice Chair for AmCham China’s Policy Committee, she also collaborated with Chamber leadership to formulate and execute policy advocacy priorities and strategies. In 2012, Elizabeth joined the Beijing office of Covington & Burling law firm as senior manager of policy analysis (a non-lawyer). In addition to tracking and analyzing opportunities and challenges created by Chinese and US investment and trade policies, Elizabeth facilitated client development through an InvestUSA initiative to connect Chinese investors with US companies seeking investment.

In 2013, Elizabeth returned to Tennessee to be closer to family and start Rowland China Advisory, a China investment and trade consulting firm. While networking and information gathering across the state for her consulting company, she realized that there was no active, state-wide platform to bring together the many people across Tennessee that do business with China. To fill this need, in the fall of 2014 Elizabeth founded TN-China Network. 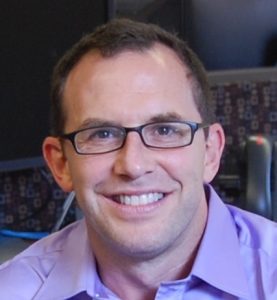 Jim Lambert has more than 30 years of experience in agricultural commodities trading, much of which has been focused on China. He is now the Director of Craft Sales, Asia, for Yakima Chief Hops, a grower-owned, global hop supplier focused on providing premium quality hops to the world’s beer industry. From 2014 to 2017, Lambert developed FCStone Merchant Services (subsidiary Nasdaq listed, INTL FCStone Inc.) cotton trading and financial services business unit in Nashville, Tennessee. A large part of the industry interaction was developing risk management tools for the “fiber-to-fabric” textiles supply chain, including farmers, cotton merchants, textile mills, and even some well-known brands. Before returning to Tennessee, Jim spent 15 years living and working in China, first in several trading, operations, and business development positions for Archer Daniels Midland/Wilmar Trading and most recently as Managing Director of INTL FCStone Trading Co. Ltd, the Shanghai-based subsidiary of INTL FCStone Inc. Prior to returning to China in 2010, Jim was Vice President of INTL FCStone subsidiary, Globecot Trading, a dedicated cotton futures and options firm. 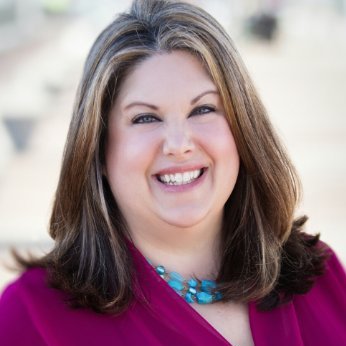 Odom has deep roots in international business and economic development, having served multiple roles within the State of Tennessee Department of Economic and Community Development. As Director of Global Project Management, Odom focused on recruiting domestic and international businesses to the state. Prior to that, she served as Director of International Investment, where she oversaw operations of the state’s business development offices in China, Japan, Germany, and Canada.

A graduate of the University of Tennessee in Knoxville, Lori earned a Master of Science in Human Resource Development and a Bachelor of Science in Communications. 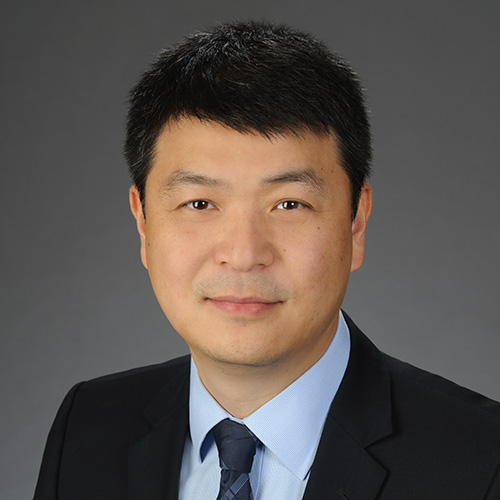 Steven Gu is a Managing Director at WaterStar Capital Limited (“WaterStar”), a venture capital fund. He loves working with globally minded entrepreneurs to scale their businesses globally while helping them maintain the passion that sparked them to start the business in the first place. At WaterStar, Steven involves with fund raising, deal transactions, post-investment management, exit strategies, compliance, risk control, etc.

Steven started his career as a consultant at KPMG LLP where he advised companies, VC/PE funds and investment banks on a range of mergers and acquisitions, strategic, financial, and tax matters. Steven also spent some brief time with regional firms with a focus on international business consulting. He has extensive experience and is a commentator in the US-China cross border investment scene.

Steven is a Georgia-Certified Public Accountant (CPA) and has been granted Bar Admission in the State of New York. He is a member of the American Institute of CPAs and the American Bar Association. 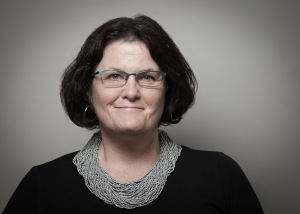 Darcie Goodwin currently works as Senior Director, Advancement Communications at the College of Charleston. Her previous experience includes serving as Communications Manager for FedEx Express in China and traveling the globe with ORBIS International, where she handled media relations and communications. She has also held positions at the Oklahoma Department of Commerce; US Asia Commercial Development; the Taipei YMCA; and for former US Congressman Buddy MacKay.

Darcie earned a Bachelor of Arts Degree in Economics and Political Science from Drew University in New Jersey and a Master of Business Administration in International Management from Thunderbird School of Global Management in Arizona. She is proficient in Mandarin Chinese. 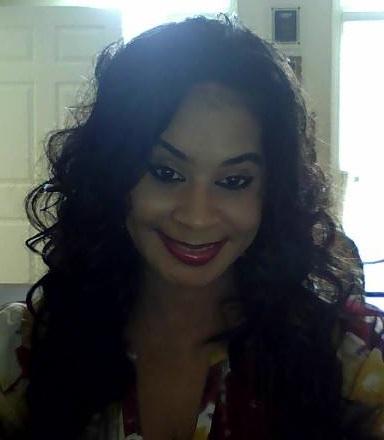 Lisa M. Catron is the International Sales Manager with the Memphis Convention & Visitors Bureau (Memphis CVB). She handles incoming international tour groups, foreign independent travelers (FITs), receptive operators and has knowledge of all Memphis festivals and conventions. She has traveled to over 25 countries selling Memphis as a destination for international travelers.  A main focus is China, making connections with tour and travel companies and developing new and exciting product that is attractive to consumers and wholesalers.

Lisa has 30 years of experience in the hospitality industry and international business. Prior to becoming International Sales Manager at Memphis CVB, she served 15 years as their International Destination Marketing Operator. Prior to joining Memphis CVB, Lisa worked at LaQuinta Inn & Suites, first as Director of Sales then as General Manager. Lisa also served as Director of Sales at Holiday Inn. Prior to that, she held several positions at Adam’s Mark, AmeriSuites, and Howard Johnson Plaza.

Lisa has been awarded several hospitality awards in tourism for her sales and marketing skills and ability to showcase destinations. Some of her awards include TN Round Table STAR of the Industry Award within the State of TN 2015 and Tourism Team Goal Buster Award 2005-2015. 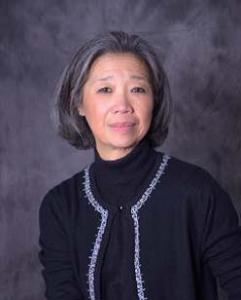 Lulu Copeland is the Executive Director of Economic and Workforce Development at Chattanooga State Community College, which is recognized as a leader in workforce development programs. Working with all academic divisions within the college and resources in the community, she has contributed to many company training initiatives in the region.

Prior to joining Chattanooga State, Lulu served as adjunct faculty with the University of Tennessee at Chattanooga’s School of Engineering and Computer Science, and was a design engineer and then Manager of Engineering Design and Documentation at Olan Mills.

Lulu is very active in the Chattanooga-area engineering and business communities. She served as the President of Chattanooga Engineers Club in 2001 and is a founding member of Society of Women Engineers, Chattanooga Area Section. Lulu served as President of Chattanooga Technology Council in 2009 and is currently a board member. Lulu is active in Chattanooga Area Chamber of Commerce programs and projects, including as a board member of the Chamber’s International Business Council. She also serves on the board of the Small Business Development Center of Hamilton County and the Chattanooga Girls Leadership Academy, an all-girls STEM school. In 2000, she started a summer program at Chattanooga State to help enrich area teens’ access to and knowledge of STEM careers.

Lulu is originally from Taipei, Taiwan. She immigrated to the US in 1971 and moved to Chattanooga, Tennessee, where she currently resides, after spending her early teen years in the Philippines. Her family origin is Fujian, China.

Lulu has a BS degree in Mechanical Engineering, and MS degree in Engineering Management, both from University of Tennessee at Chattanooga. 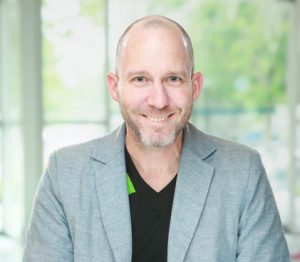 He has spent his 20-year career between Silicon Valley and Asia (Japan, China, SE Asia) building and investing in tech companies. From 2009-2016, he was the first business hire at Boku, a mobile payments company where he led global business development and also served as the GM of Asia. During that time, he closed over 100 deals including partnerships with Apple, Microsoft, Sony, Spotify, Tencent, and Softbank.

Previous to Boku, he worked in finance doing corporate venture capital at Mitsui and GE in Hong Kong. From 2003-2005, he lived in Shanghai where he studied Chinese and started a mobile games company. He has lived abroad for over 12 years including in Japan (twice), China, Singapore, London, and Africa. Originally from the Carolinas, he is a graduate of Davidson College and Duke Fuqua Business School. 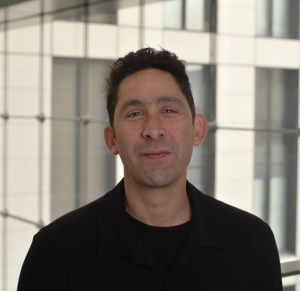 Jeremy Goldkorn is co-host and co-founder of the Sinica podcast and editor-in-chief of SupChina.com. He moved to China in 1995 and became managing editor of Beijing’s first independent English-language entertainment magazine. In 2003, he founded the website and research firm, Danwei, which tracked Chinese media, markets, politics and business. It was acquired in 2013 by the Financial Times.

Jeremy is founder of Great Wall Fresh, a social enterprise to help Chinese peasant farmers run small tourism businesses catering to foreign outdoor enthusiasts.  He has lived in a workers’ dormitory, produced a documentary film about African soccer players in Beijing, and rode a bicycle from Peshawar to Kathmandu via Kashgar and Lhasa.  Jeremy moved to Nashville, Tennessee in 2015. 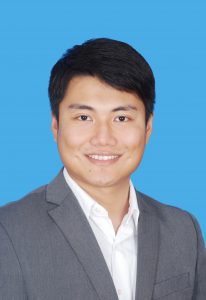 Raymond was raised in China, and is fluent in both Mandarin and Cantonese as well as English. With his background and his desire to be a “bridge” connecting China and the United States, he has also served as a board member of the Chattanooga Chinese Association, which seeks to develop multi-cultural awareness and interaction.

A graduate of Southern Adventist University, Raymond earned an MBA in both marketing and finance and a bachelor’s degree in accounting. 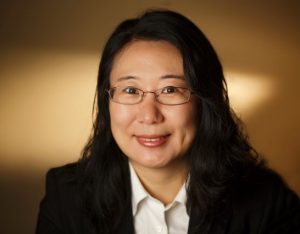 Eileen McQuain is a Tax Manager at Coulter & Justus, P.C. in Knoxville, Tennessee.  Her duties include federal and multi-state tax filing and planning for corporations, partnerships, non-profit organizations and individuals.  A key focus of her work is tax reporting for businesses with international transactions.  She also provides tax consulting on new company structures and organization.

Prior to joining Coulter & Justus, P.C., McQuain was an accountant at KKDLY LLC in Honolulu, Hawaii, where she audited county government, non-profit organizations, and small businesses. She had working experience in China as a project analyst for power development projects before she immigrated to the USA in 2003.

McQuain received her BA in English Language and Literature from Shandong University and her MBA with a focus on Accounting and International Finance from Hawaii Pacific University.  She is a CPA and member of the AICPA.  She is fluent in English and Mandarin Chinese.

Brian Watts is the Supply Chain Cost Manager at Radio Systems Corporation, the parent company to many of the most recognizable pet brands, including PetSafe, Invisible Fence, and SportDog.  Watts has more than ten years of experience in accounting and finance, many of which were concentrated in International Accounting.  Now focusing on Supply Chain, Watts is responsible for the end-to-end cost of a global supply chain, with a strong presence in China.

Frank Xue is an associate in Baker Donelson’s Nashville office where he is a member of the Commercial Transactions and Business Counseling Group and the Global Business Team.

Xue assists Chinese clients in connection with foreign direct investments, merger and acquisition, private equity/venture capital, as well as corporate structuring and governance, commercial contracts, labor and employment, immigration and non-profit matters in the United States. He also advises Chinese companies that are contemplating pursuing a U.S. strategy, as well as those companies that are currently doing business in the U.S. or with U.S.-based businesses. Xue also assists with anti-corruption investigations and compliance as well as CFIUS filings and export and sanction compliance research.

Before joining Baker Donelson, Xue worked in a law firm in Shanghai, China. Frank is fluent in Mandarin Chinese and Cantonese.